The 2022 speakers have been announced!

More speakers are being announced daily. Join the mailing list to stay current on the 2022 releases and updates! 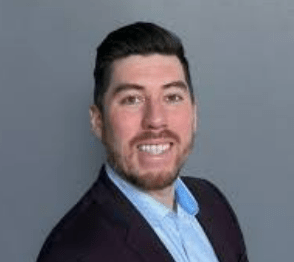 Head of Curiosity & Founder at Fuseneo

National Inside Sales Specialist at Veritiv

Sustainability Specialist at Metsӓ Board, Americas

Director of Omnichannel at Gap Inc.

Greg is a graduate of the School of Packaging at Michigan State University. He started his career as a Packaging Engineer working his way into a Product Development Manager in the late 90’s where he led a team of designers and engineers. During this time the team developed and launched hundreds of new containers and closures in collaboration with CPG’s.

Greg joined Amcor Rigid Packaging in 2005 and has held a series of Sales and Marketing roles leading to his current position as Vice President of Marketing and Strategy. Throughout his career he has focused on the collaboration between design, research/development and operations to commercialize innovative packages that improve product performance, protection and delivery across all consumer product categories.

In 2011, Dennis Colley was appointed President/CEO of the Fibre Box Association (FBA), a non-profit trade association representing North American manufacturers of corrugated packaging. In this role, Colley leads the organization in supporting the corrugated industry through strategy, data sharing, issues management and communications.

Prior to his position at FBA, Colley spent 35 years at International Paper where he held management positions in mill operations, converting operations, global containerboard and supply chain. Colley previously served the industry as a member of the American Forest & Paper Association’s Containerboard Sector Board and co-chair of the Corrugated Packaging Alliance (CPA).

Head of Curiosity & Founder at Fuseneo

Brent Lindberg is annoying, and he knows it. With a curiosity that rivals George, he has a habit of relentlessly asking questions like a 5-year-old. And anyone who knows him can tell you he has an obnoxious appetite for the unexpected. But somehow these odd traits create a perfect storm for real innovation. This has become the culture of Fuseneo, the packaging innovation team he formed over a decade ago. Together they help brands find unexpected opportunities in packaging by combining daring creativity with serious expertise.

National Inside Sales Specialist at Veritiv

Michelle entered the Packaging Industry in 1996 with Lantech, a global manufacturer of Stretch Wrapping Solutions. Fascinating 18 years rich with experience! As the Business Opportunities Manager, she developed and managed Telemarketing, Truck Blitz and Equipment Lead Nurturing Programs. Her passion for people and automation led her to international trade shows in Chicago, Las Vegas and Germany where she applied Lean Principles to facilitate data collection, research and B2B lead generation. She’s coordinated hundreds of Distributor Sales Training Programs throughout North America. Additionally, Michelle spent 2 years in the field sharpening skills on understanding what challenges businesses face on a daily-basis and what it takes to identify solutions that solve real problems. All this experience led her to Veritiv in 2016.

For over two decades, Michelle has channeled her passion for wildlife and the planet into working to conserve the environment. A self-professed tree hugger and connector of people, at Canopy Michelle thrives on collaborating with businesses to find tailor-made solutions that transform supply chains, help companies reach their sustainability goals, while taking the pressure off of forests. Forward-thinking business leaders collaborate with Canopy on solutions – from emissions reductions, to circular sourcing, to forest conservation. Together, we are building a movement to protect the world’s ancient forests for people, animals, climate stability, and all life that depends on them.

David is responsible for accelerating growth and innovation at Veritiv, a leading provider of packaging solutions for manufacturers, distributors, and retailers worldwide. Founded in 2014 by spin-offs from packaging powerhouses International Paper and Georgia-Pacific, Veritiv helps companies manage complex global supply chains, increase speed to market, and delight customers. Before joining Veritiv, David worked on the agency and client sides of the business across brands and categories in various stages of growth. He holds an MBA in Marketing from Xavier University and a BS in Advertising from the Newhouse School of Public Communications at Syracuse.

A serial entrepreneur and nomad, Mayo Akindele graduated from Trinity University in San Antonio, Texas where he studied International Business & Finance. He founded the Nomad Spirits Company as a way to combine his love of technology and premium spirits from around the world.

Alex Helander joined TerraCycle LLC as Business Director for TerraCycle Home in 2021. TerraCycle is on a mission to rethink waste and develop practical solutions for today’s complex waste challenges. As part of that mission, TerraCycle Home is focused on reimagining curbside recycling to better address what municipalities and recyclers can’t or won’t recycle.
Prior to joining TerraCycle LLC, Alex spent 30 years in the fashion industry where he held management positions in supply chain, manufacturing, product development, merchandising and sales for various retailers and manufacturers including Polo Ralph Lauren, The Limited, Sunrisebrands as well as his own sourcing agency. Alex is also a part time Professor at Parsons School of Design in NYC teaching a range of courses including Technology & Innovation, Business and Entrepreneurship, Production & Manufacturing and Design Strategy.

With more than 18 years of equity research experience, Poonam covers leading e-commerce and athleisure brands at Bloomberg Intelligence including Amazon.com, Wayfair, eBay, Etsy, ThredUp, Poshmark, Rent the Runway, Nike, Adidas, Under Armour, VF Corp and Lululemon. She frequently appears as a guest on TV and radio outlets worldwide where she discusses her research and industry insights. Ms. Goyal started her career following Steel and Service Center companies at Goldman Sachs Investment Research Group and then transitioned over to Retail.

Benjamin holds a Bachelor’s degree in Finance and an M.B.A from the University of Akron. In his current role, Benjamin leads the strategic consulting division of Smithers Information in North America. This division works with clients to gather a deep understanding of their business goals, and to develop in-depth research programs to provide visibility into markets and niches. This process is designed to dig deep into a wide variety of industries and topics, gather insights, and provide an unbiased view of the key challenges faced by our clients. These efforts allow our clients to evaluate their strategic plans and make decisions based upon credible data and analysis, supported by robust research conclusions and recommendations.

Sustainability Specialist at Metsӓ Board, Americas

Director of Omnichannel at Gap Inc.

Before stepping into her current role, Alicemarie worked in DHL’s Strategy group as well as served as Head of Global Solutions for DHL’s former Williams Lea Tag division. Prior to joining DHL, Alicemarie held positions at Cap Gemini Consulting and she was Vice President of eCommerce/Business Solution for IMS, an Omnicom Group company.

Alicemarie earned both a bachelor’s degree in Management Science and an MBA from Case Western Reserve University.

Since January 2019, Paul Murphy has served as Vice President of Retail Strategy and Sales for Menasha Packaging Company, LLC. Menasha Packaging Company, LLC, is a wholly owned subsidiary of Menasha Corporation and the Corporation’s largest operating company.
Paul joined Menasha in 2001 as a General Manager, following Sales, and General Management positions with Boise Cascade, MacMillan Bloedel, and Pratt Industries, and has held leadership roles in multiple Menasha businesses. In the early 2000’s, Murphy helped lead Menashas’ transformation from an industrial and graphics packaging provider, into the leading retail focused merchandising solutions provider in North America, developing meaningful relationships with the Channel Leading Retailers in the U.S., resulting in strong Retailer-CPG collaborations and thought Leadership. From 2001 through 2019 he held successive leadership positions across the company including General & Sales Management roles. In 2017 he was named Vice President of Sales and Operations for the paperboard packaging business, with multiple operations in the U.S. In 2019, he was named Vice President of Retail Strategy and Sales for Menasha. Murphy has extensive experience in industrial packaging, Retail, POP/Display, and on/off shelf merchandising, and has played a key role in developing strategies and tactics to support the strategic focus and growth of Menasha Packaging.
Murphy is a graduate of Lambuth College (BA) and University of Memphis (MA)

Rosemary Coates is the Founder and Executive Director of the Reshoring Institute, a 501c3 nonprofit and non-partisan organization focused on expanding U.S. manufacturing. She is also the President of Blue Silk Consulting, a supply-chain management consulting firm.
Ms. Coates has been a management consultant for 25+ years, helping over 80 global supply chain clients worldwide. She is an Amazon.com best-selling author with five Supply Chain Management books, including the Reshoring Guidebook, and 42 Rules for Sourcing and Manufacturing in China, and Legal Blacksmith – How to Avoid and Defend Supply Chain Disputes. She also works as an Expert Witness on legal cases involving global supply chain disputes.
Rosemary serves on the Board of Directors at the University of San Diego Supply Chain Management Institute and teaches Global Supply Chain Strategy at UC Berkeley. She earned an MBA from the University of San Diego and a bachelor’s degree in business logistics from Arizona State University.

Melanie Galloway, vice president of sales, marketing and innovation for Packaging, joined DS Smith in July of 2020. Previously, Galloway held roles with from FMC Corp., Kemin Industries, JM Huber and MacDermid Graphic Solutions. A chemical engineer, pulp and paper technology graduate from North Carolina State who is an MBA recipient from Duke, her expertise includes a strong sales, marketing and innovation background along with general management and P&L leadership. Galloway is based out of DS Smith’s corporate headquarters in Atlanta.